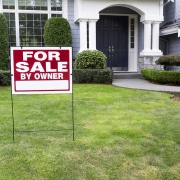 Tuesday Objective: What is a FSBO thinking? Get into their mindset. Where and how do you find FSBOs?

As a real estate agent, you already understand the challenges facing “For Sale By Owners.” Not only do their homes fail to sell quickly and for less money than they otherwise could, but the people who take this approach often wind up over their heads when confronted with the mountains of paperwork and legalese that licensed realtors deal with regularly.

So if selling a home is such a challenge for FSBO sellers, signing up these people as clients should be as easy as pointing out the fatal flaws in the process and asking them to sign on the dotted line – right?

Obviously, things aren’t quite that simple. Approaching a FSBO seller with an attitude of “I’m the agent, and you’re doing things wrong,” isn’t going to score you any brownie points with potential clients. Instead, it’s vital that you understand why FSBO sellers behave the way they do, as well as how your skill and expertise can help them to both satisfy the personal objectives that led them to attempt a sale on their own and actually get their houses sold.

In my experience, FSBO sellers tend to come in two groups:

By and large, FSBO sellers are listing their homes on their own in order to save money over traditional realtor commissions. The perception that FSBO selling is a better solution than working with a real estate agent can come from a number of different sources, including:

Regardless of the root cause of the desire to sell one’s home on one’s own, FSBOs have one thing in common – the desire to save money. These sellers tend to be analytical in nature and generally value cold, hard numbers over some of the softer benefits that an experienced agent brings to the table.

As a result, you need to tailor your approach to focus primarily on the financial benefits of working with an experienced agent. Using questions like, “If I could get you the net result you’re looking for, would you consider working with me?” or, “If you and I could agree on a commission that’s acceptable to you, would you be willing to talk to me about it?” in your FSBO scripts will help potential clients to recognize that you’re more interested in meeting their money-saving needs than in taking advantage of their situation.

Did you know our brains have three parts? It’s like an onion and at the core is what’s called the Limbic Brain. The limbic brain is responsible for our fight or flight ability.

It’s also what gives us the ability to recognize a telemarketing call in less than one second flat…isn’t that amazing?

We’re able sense things like that because of a limbic response that psychologists call “pattern recognition.” See, the limbic brain doesn’t actually “think.” Its main goal is to recognize pattern sand it controls most of your knee-jerk responses. In fact. it’s why you respond with a “click” to pesky sales calls.

Well, when you knock on a FSBO’s door, and they answer, what do you think is the pattern their limbic brain interprets?

…all this sends their limbic brain into something called “auto-rejection.” They can’t help it. You’ve inadvertently triggered it. And now they have to respond to it.

Yet, what if I told you there’s a super simple technique you can follow, that while seemingly silly, will short circuit their auto-rejection and actually, make them unconsciously open up to you?

…all WITHOUT you having to learn new scripts, dialogues, or some other unnatural way of talking that gets you all flustered on the spot.

Instead, here’s how to just be yourself and connect with folks easily and naturally:

Step 1 – Use “Pattern Recognition” to Trigger Success! Rather than the typical approach, that instantly triggers “auto-rejection,” use pattern recognition to your advantage. It works over the phone or in person.

In this example we’ll talk about door-knocking because it’s a proven fact that door-knocking gives you the HIGHEST PROBABILTY OF SUCCESS with the lowest likelihood of rejection. Here’s how to do it…

When you drive up in front of the FSBO’s home leave your car running, the driver-side door open, and your radio playing. If you can’t leave the door open have your windows down, with your radio just loud enough, so you can hear it while you’re at the FSBO’s front door. This sets the tone. What you’re doing is signaling to the FSBO’s limbic brain that you’re leaving in a few seconds, so they’re not feeling trapped or pressured.

Also, Have a cup of coffee in your hand along with the 3-ring binder I’m going to tell you about in a minute. Then when they answer the door take 1½ steps back. This gives them breathing room, releases any initial tension, and triggers a subtle ‘you’re leaving’ feeling that actually pulls the prospect toward you.

With these simple moves you’re firing off a series of relaxation chemicals inside the FSBO’s brain that will gently open them up to you.

It says to the FSBO:

You effectively disable their auto-rejection sales alarm and they’ll actually open the door ready to find out why you rang the bell. It works because you trigger a series of patterns they recognize as safe, comfortable and relaxed. So, again with these simple moves, you’re 90% of the way to having a meaningful conversation.

FSBOs will gladly talk with you, ask questions, and listen closely, all while being extremely pleasant with you…as long as you’re providing value. What causes a FSBO to bristle up and become defensive is when they can smell what I call “commission breath.”

You know what I mean. We’ve all experienced it dozens of times. The salesman races up with a big fake grin on his face, sticks out his hand and gleefully asks, “How are you today?” His tone sounds like he just drank 17 cups of coffee and repeated 12 affirmations to himself in the bathroom mirror right before greeting you… That’s commission breath!

So with the FSBO, or anyone else for that matter, your tonality and approach is critical. You’ve got to tone everything down into a calm assertive energy that conveys service, value, and an offer to help them that feels sincere.

Where and how do you find FSBOs?

Once you successfully find FSBO listings create a system for keeping this pipeline full. You may find that taking a different route home each day allows you to find yard signs. Maybe looking for FSBOs on Facebook for 15 min/day keeps prospects coming in. Whatever your system, keep doing it even when you’re busy. You need to be wearing your CEO hat all the time. Here’s a few other ways to look for FSBOs:

Find the homes that are under-priced. If you can raise the price so that they still get the same amount in the end, hiring a Realtor® who will handle everything will become much more appealing.

That won’t be the case in every instance. You will find some FSBO homes are overpriced. Don’t approach those the same way, because it obviously won’t work. It’s best to leave those alone- save yourself the time trying to convince them to lower the price and haggling over it with them.

If you can approach them and tell them honestly that you believe their home can sell for $30,000 more than they have it listed for, they have less to lose in signing. Go in confident, show them why you believe they can get more.